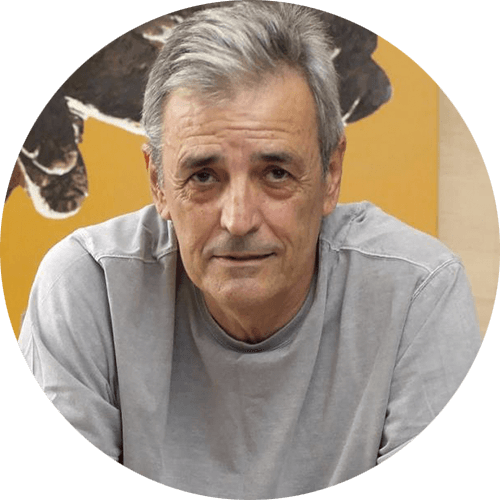 Spanish painter and designer. He has studied at the Fine Arts at San Carlos University in Valencia. His first works date from this decade and in 1964. Being very young, he obtains the first prize of painting in the V International Salon of March, with a painting that the critics pointed out as one of the first manifestations in the renovation of the plastic language, known as New Realism and Pop-art. Regarding his exhibitions, we can highlight Bandera, bandera showed at the Joan Miró Foundation in Barcelona in 1980, or the anthology that in 1995 showed in the IVAM of Valencia. In 2016, La Nau of the University of Valencia dedicated a large retrospective exhibition curated by Josep Salvador, that highlighted his contribution to the iconographic modernity that he has developed in all these decades through different languages: painting, sculpture or graphic design.

Between 1980 and 1995, he directed Sala Parpalló where international authors such as Robert Frank, David Lynch, Capa, Klossowsky, Wols were shown ... His sculptures are exhibited in public spaces in Valencia such as the Turia gardens, the Facultats metro station or at the University Jaume I of Castellón. 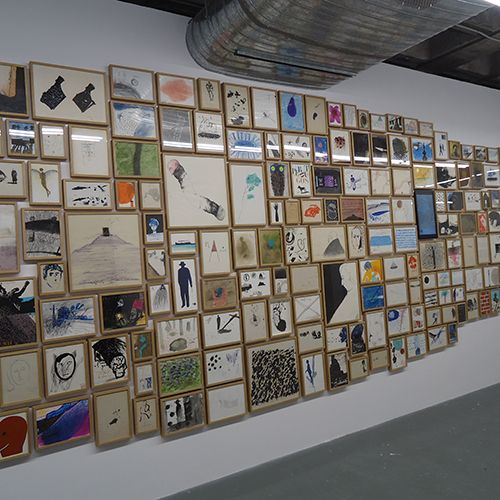