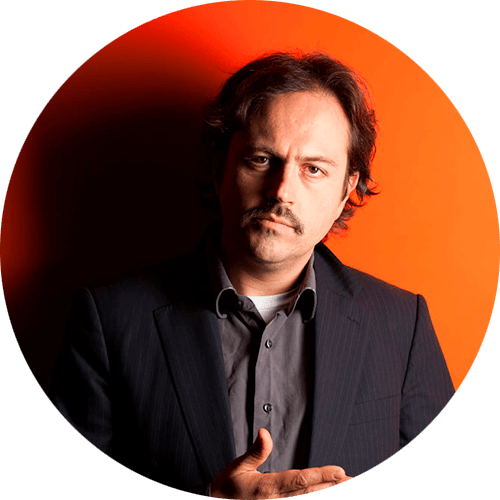 He started his career as a political caricature artist. He attended the studio of the artist Gabriel Orozco for the famous Friday workshops, a weekly meeting place for students of contemporary art. Here, they debated cultural ideas and new alternatives that promoted current art.

During these years, influenced by Orozco, he created his personal language based on the interrelationship between architecture, sculpture and technology.

In 2006-07 he was granted a scholarship to become a resident artist in the Deutscher Academischer Austausch Dienst (DAAD) and moved to Berlin, a city where he remained for several years while perfecting his profession and exploring the relationships between cultures.

Although he mostly works with sculpture, Ortega's work also includes multimedia, photograph and video installations. With his work, he has explored the idea of sculpture through the use of common objects, altering their meaning. His work is characterised for its use of simple materials: tools and utensils. The artist works to highlight his interests: production systems, processes for transforming materials and entropy. With his work, Ortega alters and deconstructs objects in order to reveal their integral parts and to use them to create simple structures with new shapes that compare the relationship between the material and the shape, between actions and thoughts. Ortega disassembles entire machines and suspends their pieces, separately revealing the mysteries hidden behind their everyday appearance.

He has exhibited his work in the Tate Modern in London, the Georges Pompidou Center in Paris and the ICA in Boston. He participated in the Venice Biennale (in 2003 and 2013), the fourth Berlin Biennial, the 27th Sao Paulo Biennial (2006), the Havana Biennial (2012) and the Sharjah Biennial (2015).

His work can be found in the permanent collections in the MoMA in New York, the Tate Modern in London, the Georges Pompidou Center in Paris, the MOCA in Los Angeles, the Carnegie Museum of Art in Pittsburgh and the Cleveland Museum of Art.

He lives and works in the City of Mexico. 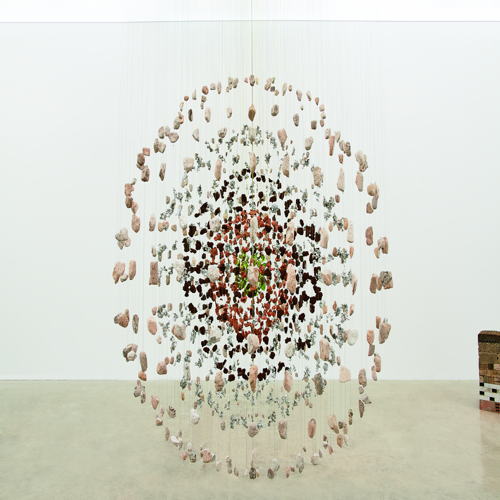