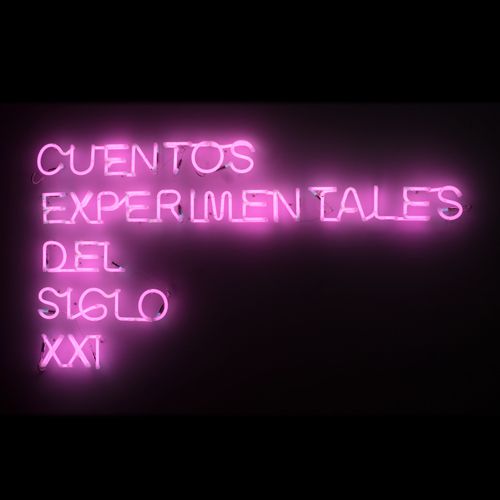 Experimental tales of the 21st century, 2018

This work refers to a series of texts being edited since 2017. Fantastic tales of the 21st century and Unfinished tales of the 22nd century also form part of the series.

The tales are hybrid, polymorphous objects that work based on variations and repetitions of an emotional and philosophical nature.

This work forms part of a set of Neon titles that the artist has been creating since 1998. This series includes: Splendide Hotel, Exotourisme, Moment Ginza and After dream.