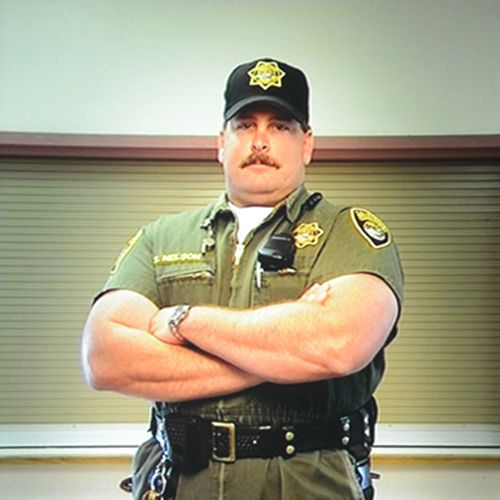 It is a very extensive video-installation that includes approximately 300 video-portraits of prisoners and guards from four jails in the states of Illinois and California, filed in the summer of 2004. The images, accompanied by the original sound of the recording, are projected on six hanging screens. The idea for this work came from reading an article about the rapid growth of the population of prisoners in the United States over the last forty years. "While at the end of the 60's the population of inmates in US prisons was approximately two hundred thousand, this figure currently exceeds 2.2 million. This is more than in any other country, and represents a quarter of prisoners in the entire world. In the last decade, more than 350 new jails have been built and there are more than half a million new beds in the existing correctional facilities."

It focuses attention on the citizens that society prefers to hold at arm's length, isolated. Each 40-second portrait presents an anonymous inmate or guard, standing and immobile in front of the camera.

The images are taken from the waist up, a reference to the Amerikanische Einstellung (the American shot), a technique used in Hollywood in the 30's, 40's and 50's. Seen on large hanging screens, the images confront the spectator as powerful photograph portraits in movement. This work reveals Tan's interest in including sociological and anthropological principles in relationships between still and moving images.