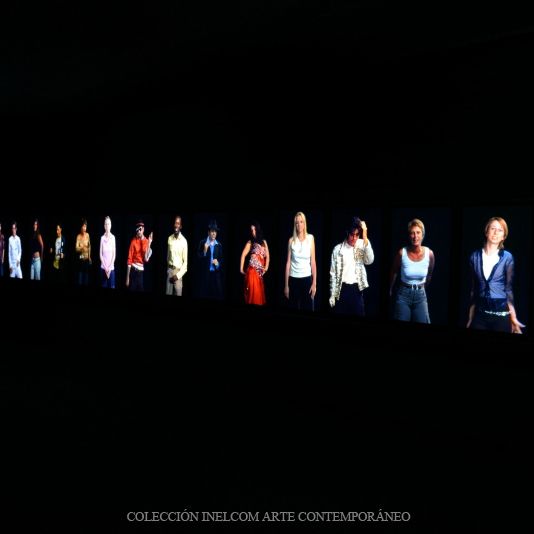 Filmed at the UFO sound studios in Berlin, Germany in July 2005.

It was presented in Spain for the first time to mark the 25th anniversary of the release of Thriller, the best-selling album in music history.

It examines the star-fan relationship. The characters are drawn in their absence from the projections of the fans who buy their records, who worship them and who made the stars in the first place. The portrait of Jackson is filmed in Berlin. A group of fervent admirers of the star were invited to a professional recording studio and given the opportunity to perform Immaculate Collection and Thriller individually, from the first song to the last. The artist explains it like this: “I wanted to reproduce the sing-along experience one has at home when listening to a loved record, but under professional recording conditions. Apart from this, I made no attempt at directing these fans, they chose what they wanted to be wearing, if they required props, and how they wanted to interpret the album. Some danced and sang as though their lives depended on it. Others struggled timidly through the experience.”