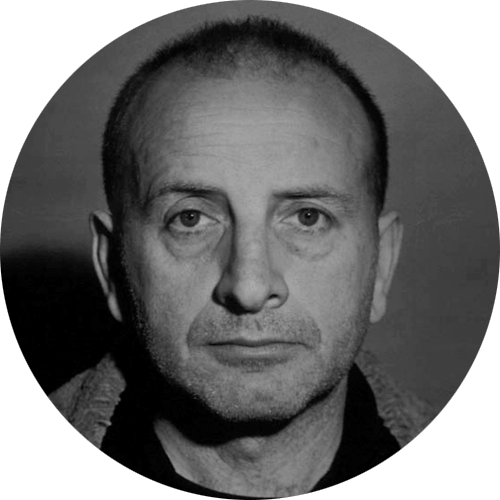 He studied fine arts at the University of Seville. In the early eighties he started to become interested in narration and issues related to visual perception problems. During these years he developed a pictorial language in which drawings began to play an increasingly important role. At the same time, his work became more intimate and poetic.

The critical nature of his painting is transmitted through a great sense of humour along with irony, caricature, kitsch, ornamentalism and parody.

From 1996 through the end of the nineties, his work addressed questions of language and communication. From the beginning, his work had been influenced by the baroque world where allegory and the emblematic triumph. Visual perception and his interest in the anamorphic image become recurring elements in his work: playing with optical perspectives, deformations and aberrations. He places opposing images in the same pictorial space to represent the sensible world of dreams and the most outrageous reality at the same time. In a tribute to El Perro Andaluz he projects surrealistic vision through tricks and games with magnifying glasses and mirrors.

The use of shading and matte finishes in his large format paintings provide him with a wide field of registers.

Familiar with a broad range of optical tricks, like earlier painters, he forces the spectator to view his paintings and, in their abundant imagery, to examine and take notice of the aspects which, hidden from reality, underlie the visible world.

In 2013 he spent the year in residence at the Internationale des Arts de París. He was an instructor in the second edition of the scholarship programme, Sevilla es talento para ti.

Lives and works in Seville. 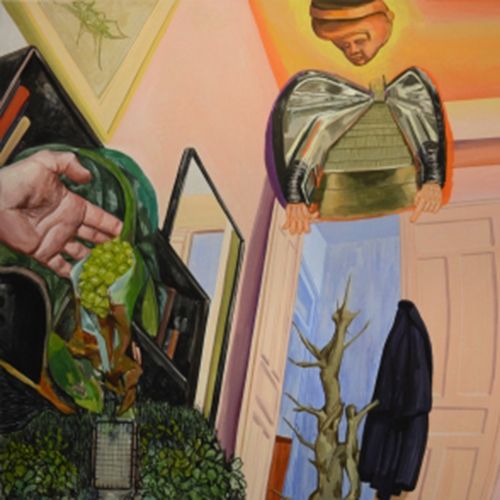