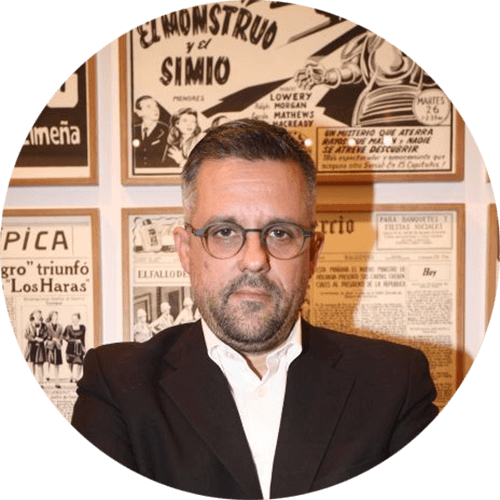 He studied for a brief time at the Catholic University in Lima then moved to Europe in 1983. In 1984 he moved to Paris, studying first at the University of Paris VIII Vincennes-Saint-Denis and then at the School of Fine Arts. In 2009 he received a scholarship to study at the Deutsche Akademie in Rome. Since very early on his work has involved critical reflection.

In the late nineties he gave up painting and focused on drawing. He started to gather a visual archive and to select and work with documents and images according to what he himself coined as the “mimetic analysis method”. This consists of copying in the form of black ink drawings a series of photographs, newspaper and magazine clippings, adverts, publicity, brochures and propaganda from archives and libraries and reducing them to their basic structure. He creates theme-based series from homogenous sources comprising black and white drawings that almost always have the same format. He places emphasis on the way in which events are constructed, history is reported and culture is described. He uses aesthetics to question the credibility of the printed page. He eliminates the excess and keeps what is essential. His goal is to modernise the messages to denounce the myths disseminated in the past.

His work does not produce fresh images but rather strips the past printed on paper, highlighting the ideas he wishes to convey to give the viewer a different perspective.

His work was exhibited at the Antoni Tàpies Foundation in 2008; he was an invited artist at PINTA, New York in 2008 and at the 5th Venice Biennale in 2009.

He lives and works in Berlin and Lima. 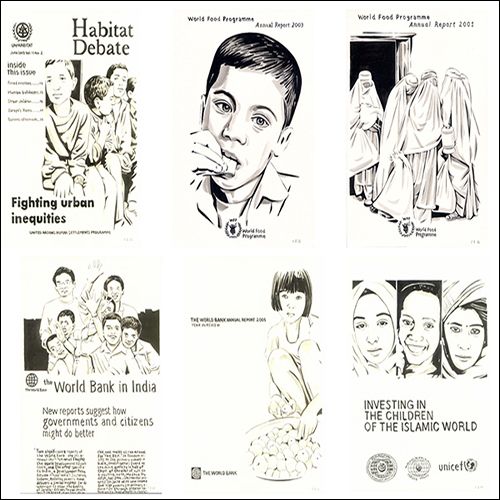 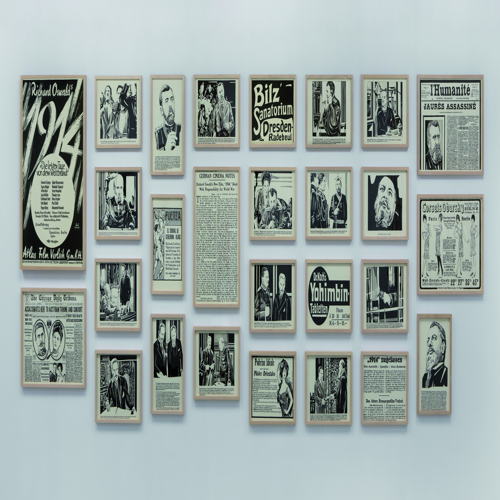