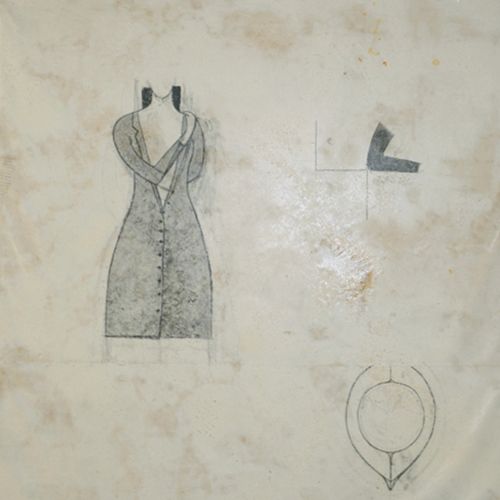 Triptych made with mixed technique and fabric.

Signature, title and date on the back of the left panel: 'GENT (2) Julião Sarmento CABRR 1991'.

Painterly, intimate and delicate work, based on the fragmentation of images with the resource of disjointed motifs and the importance of the silhouette of the female figure as an object of desire. The artist sometimes intentionally rejects technical virtuosity because he is more interested in leaving the marks of the entire creation process on the materials.

This piece has been exhibited in the van Hedengaagse Museum in Ghent (1991-1992), in the Galleria D'Arte Moderna in Bologna (1998) and in the Hayward Gallery in London (1994). It also formed part of a retrospective of the artist's work in the Luis Seoane Foundation in La Coruña in 2014, titled Julião Sarmento. Guest or Host?