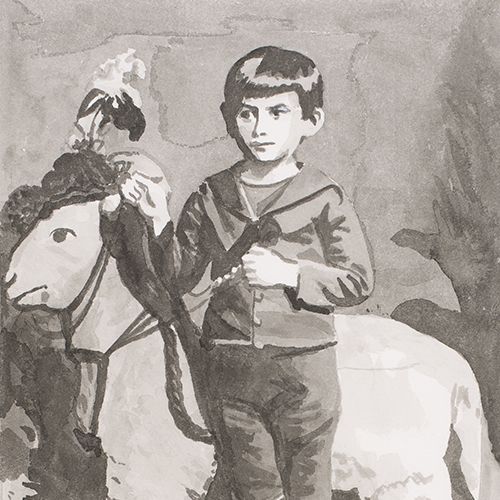 Mensua, interested on image as a cultural construction, creates with this set an album and index of modernity related with a time and a thought on the path to extinction. He recovers photographs, copies of works of art, covers of book or portraits of painters and writers.

He proposes a reflection about the narrative ability of photography. He is interested on image as a cultural construction. He tries to specify the relation between word and image, and uses the calligraphy as something visible, as an image on the shot, as if image and word were the result of the same intellectual process, producing the same objects. He generates an art work that apparently is connected with language but shows that the image cannot be reduced to words nor words to image.