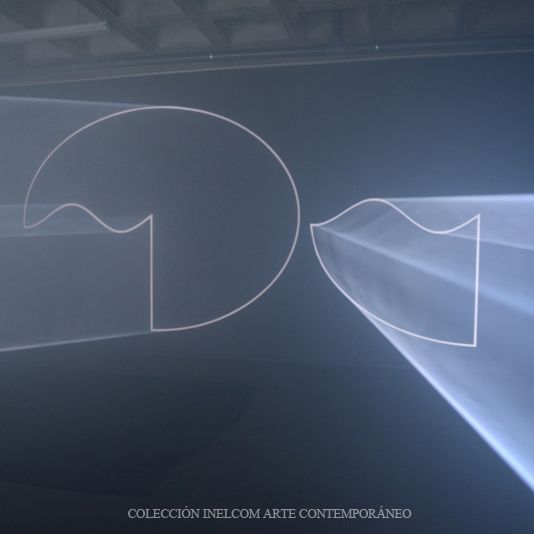 McCall turns to minimalist cinema projections in order to create light sculptures. In an exhibition space that is saturated in smoke, the beam of light creates an ethereal volume, a three-dimensional shape. As the spectator moves around in this space, they are forced to conceive the idea created again. This represents a profound corporeal and sensual meditation. This is the first piece where he has included sound, composed in collaboration with the musician and composer David Grubbs. The work consists of two parallel projections on a wall. The first shape starts as a complete ellipse, which moves slowly while long rays stretch across the space until they form an irregular conical volume, an undulating surface with psychedelic shadows. The second shape starts as nothing and little by little turns into a complete ellipse. The sound reproducing the noises of the city accompanies and envelopes the spectator.