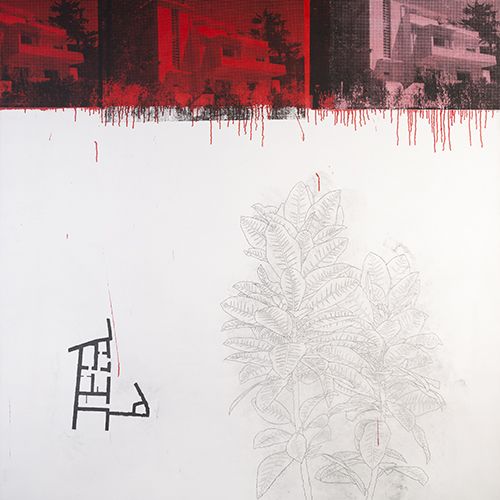 Sarmento´s work is inspired by fragmented female bodies that evoke the fears aroused by desire, spaces reduces to their minimal expressions that, notwithstanding, suggest closed and domestic environments (still associated in some cultures to the women), underlying narrations who speak of the remains of the old patriarchal culture and texts that doesn´t refer to the images exhibited, but others that the artistic want to propose on its attempt to join us to the narrations that their works emit.

The artist confess that his production is inevitably biographical, that the dancer Pina Bausch is an essential reference, that the extreme violence and the death appear in large part of his work and that the titles are another brush-stroke on his paintings. The transgression is pursued, in his own words, “I´m interested on tempting the imagination and the fantasy of the viewer of my work, generating an stress situation, a feeling of regret, desire and that certain point of difficulty or insecurity in front of an artwork.