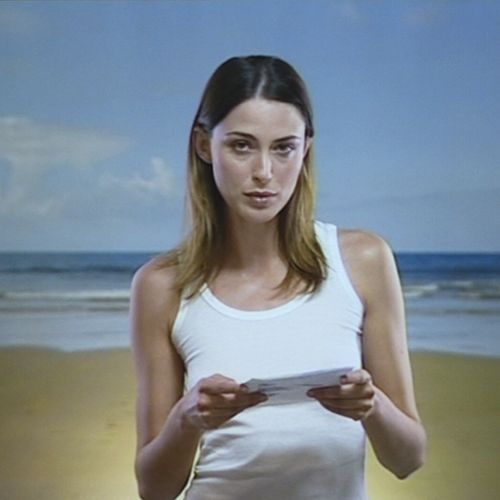 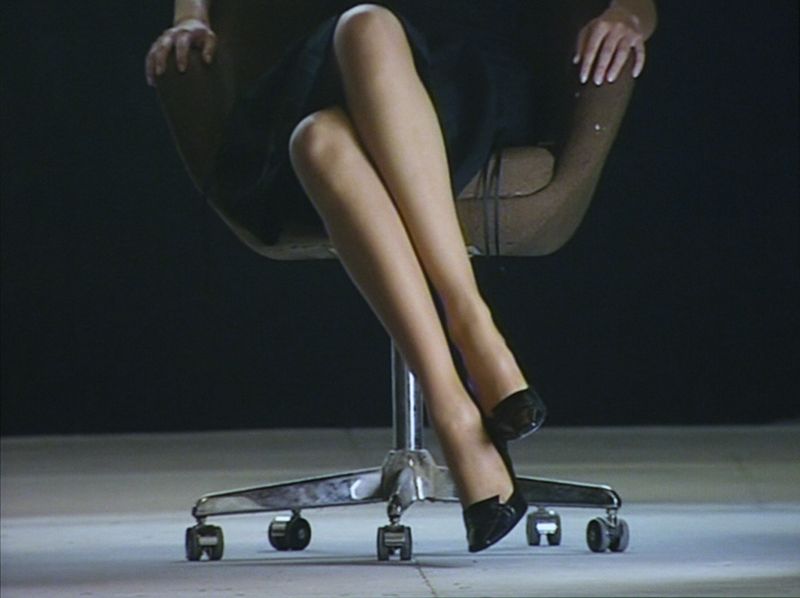 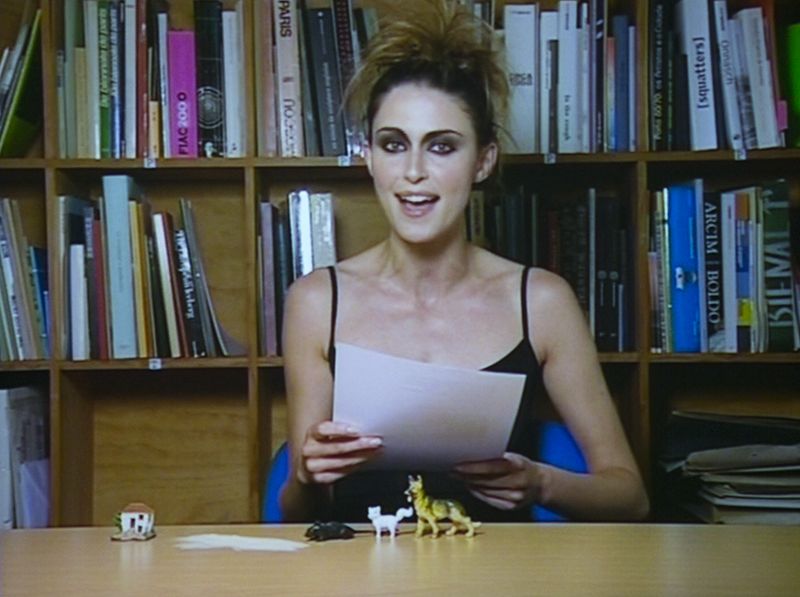 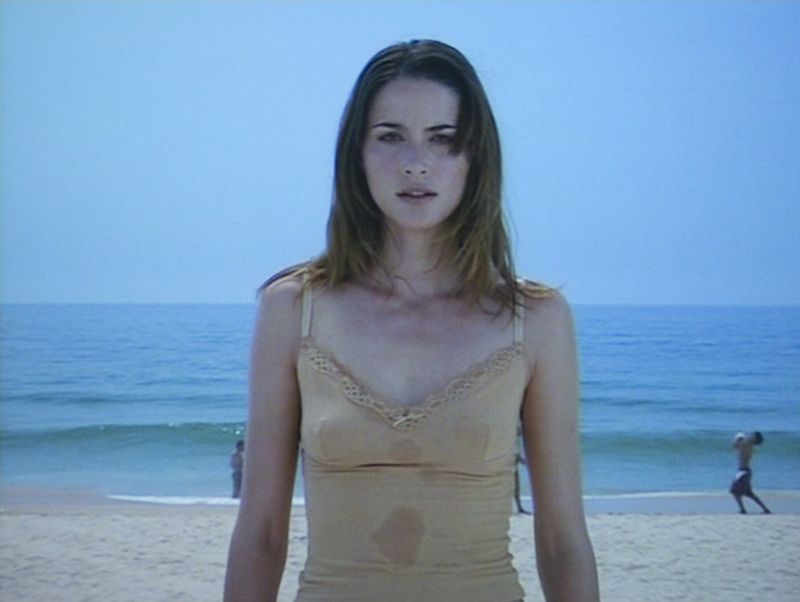 A young woman reading a portuguese cooking recipe with an extremely erotic voice. Later, only the crossed legs of a woman seated on a decayed office chair can be seen. She is wearing a black skirt and high heels. She is moving her legs, lightly rubbing one with each other. Then she tells us, in English, a story with drawers with the help of some figures, and when she leaves the scene the camera follows her with a great sensuality, to finally show her breathing in front of the sea, after swimming or after having sex. “No one will know. The language is enrolled into the truth and transforms it”. Is the installation of a mechanism of desire.

The reference on the genesis of the work is written on the title itself, alluding directly to Jacques Lacan, psychoanalyst who in the seventies posited on the orders of the imaginary, symbolic and of the real, focusing on the structuring operated by the language.